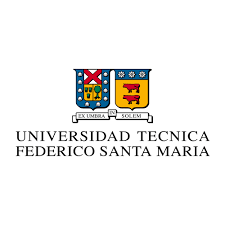 USM was founded in 1926 and open its doors in 1931 as the school of Arts and Crafts; the following year it added the school of Engineers “José Miguel Carrera”. Since its origins USM has been different from other institutions in the country for its technical approach, aimed at meeting the needs of an industrializing country. Today USM understands its mission as being the leader in Engineering, Science and Technology.

The USM is the largest engineering school in Chile, concentrating 13% of total enrollment of undergraduate engineering programs, with more than eight thousand students. In 2010 USM became the main provider of engineers to the country, with 11% of all graduates. Despite the increase in enrollments, USM has maintained its high standards of selectivity. It has also demonstrated its ability to attract students of excellence, ranking third in top scores (9% of them in 2013) and 6% among the top 100 scores, of national totals. These results are remarkable when taking into account that the USM offers a very limited range of majors, focused primarily on engineering and sciences.

Engineers from USM are recognized for their technical excellence, as has been observed in studies of employability and processes for institutional and career self‐assessment. This judgment has been ratified by IPSOS in 2011, in a report of qualitative perceptions of employers of USM, where the strengths identified “highly trained professionals, are considered technically in a superior level, autonomous, good matchup for problems solution, respected in the work environment for their robust knowledge”. The most relevant economic sectors for USM engineers is mining, followed by transport and communications, manufacturing, energy, construction and finances. Out of all graduates from USM, 65% works in large companies, 19% in medium companies, and only 16% are employed in small companies.

Universidad Técnica Federico Santa María counts with a 21% of women in its programs of engineering, which is 2 point above of the national average but is clearly low. The Association of Women in Engineering, founded in 2015 by a group of students and professors, together with the Women in Engnieering Program (created in 2016) are interested in increase that percentage, positioning the problem in the community, and creating a model of mentoring that avoid the desertion.